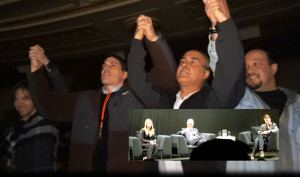 The concept of HIV prevention through circumcision began with biased medical researchers searching for a solution to the AIDS pandemic that could be marketed to government agencies and philanthropic organizations. The research teams that could develop a marketable solution, regardless of efficacy, would be richly rewarded with grants, research money, and tenure at their institution.

The U.S. President’s Emergency Plan for AIDS Relief (PEPFAR), the Clinton Foundation, and the Gates Foundation jumped on the circumcision bandwagon to demonstrate their effectiveness to their stakeholders and their donors. However, these organizations were either misguided or blinded by their quest to increase goodwill and donations by hyping circumcision.

Male circumcision is a dangerous mistake in the fight against HIV, and it endangers both men and women. Recent studies examining circumcision rates and HIV prevalence found that circumcision did not significantly the reduce rate of infection in Africa, Europe, the Caribbean, and America.

U.S government medical authorities and U.S. academic researchers have a checkered history over human rights, ethics, and outright racism with STD experiments. From the Tuskegee experiments done to American black men to the disastrous STD experiments conducted in Guatemala, American researchers are now inflicting the same racist theories and pseudo-scientific experiments on Africans.

African men and women are being duped into the belief that circumcision offers effective protection from HIV. These organizations can tout their achievements to keep their revenue streams flowing, while poor Africans suffer from the continued spread of HIV and the trauma from the loss of their foreskins.

Further detailed information on these issues with citations can be viewed athttps://intaction.org/circumcision-a-dangerous-mistake-for-hiv-prevention/