Circumcision and the Suicide Death of Kevin Cagle

Another young man with his whole life ahead of him decided to tragically end his life. The psychological and emotional harm from circumcision led to anguish, despair, and depression. This emotional trauma can lead to circumcision suicide.

Kevin Cagle was unable to comprehend why parents and doctors decided to needlessly cut and mutilate his genitals as an infant. Anger and grief turned into despair and depression. Kevin said to a friend, ” I hate my body. I don’t feel whole. Thanks to my parents for that.” Kevin Cagle’s circumcision ultimately led to his suicide.

Kevin was a Leachville Arkansas native but moved to San Francisco California.

Kevin went on to say, “I’m thoroughly disgusted we live in a world where cosmetic procedures can be performed on infants.” Kevin went on to thank friends for being kind, wishing them the best in life. Kevin asked friends to be happy for him now, presumably because ending his life is what he wanted so as to be finally in peace.

Final Messages about Life, Circumcision, Suicide to a Friend

Kevin asked a good friend to post his final remarks on Facebook. Afterwards, on March 31 2015, Kevin Cagle made the ultimate decision to end his life. He was just 20 years old.

Kevin: Today I’m choosing to end my life. Why? Circumcision. I hate my body. I don’t feel whole. Thanks to my parents for that. I’m thoroughly disgusted that we live in a world where cosmetic procedures can be performed on infants. Thanks to everyone who was kind to me; I wish them the best. Please post that to FB for me as I cannot. Try to be happy for me.
Love you Pat-Z!”

Pat-Z: This made no sense to me, but I’m sure you had more reasons. Love you, too, Kev.

Emotional Harm of Circumcision Causes Suicide in Other Young Men

The suicide of Jonathon Conte, 34, also from San Francisco, in May 2016 followed the death of Cagle. Conte was an avid anti-circumcision intactivist.

Some mental health experts feel that circumcised males are physically, emotionally, mentally and socially harmed by the act, and this can lead to depression and horrible consequences. According to StopMaleSuicide.com (circumcision and suicide), when men face problems they can neither fix, nor cope with, their risk of suicide rises.

We are saddened over the despair of those who turn to suicide to find relief from the anguish of genital cutting. Intaction offers a means to constructively heal the wounds and personal pain caused by circumcision by helping those affected with a way to contribute towards ending this practice. Unfortunately Kevin Cagle did not reach out to anyone about how circumcision was causing his depression and suicidal thoughts.

Some studies report that traumatic and/or painful procedures in the perinatal period seem to cause a greater propensity to suicide. The effect is noticeably greater in males. Jacobsen and Bygdeman (1998)

He was formerly employed as a stockman at Walmart in Paragould. He loved to cook, and was an avid reader and video game enthusiast.

Survivors include his parents, Lloyd Wayne and Tina Louanne Eubanks of Leachville, his brother, Heath of Paragould, and his sister, Heather Davis, of Greenbriar, Arkansas.

Funeral service was held on April 6, 2015 at the Howard Funeral Service Chapel in Leachville. Burial followed in Leachville Cemetery. The family received visitors that Monday at the funeral home.

As we previously stated the obituary does not mention circumcision suicide. 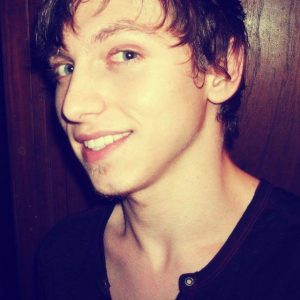