There have been dozens of medical studies and clinical trials conducted in African countries in an effort to stem the AIDS pandemic. In only three highly controversial, short-term clinical trials, circumcision was purportedly shown to reduce risk of HIV transmission by 50–60% in heterosexual males engaging in male/female intercourse. The results did not show that females had any protection from HIV as a result their partners being circumcised, nor was transmission prevented in same sex partners. Infection from injectable drug use and other non-sexual vectors of HIV infection are not prevented by circumcision. The vast majority of other studies on the relationship between circumcision and HIV have shown either that circumcision offers no protection, or the results are inconclusive.

The trials were nearly identical in their methodology and in the number of men in each arm of the trial who became infected. The trials shared the same biases, which led to nearly identical results. All had expectation bias (both researcher and participant), selection bias, lead-time bias, attrition bias, duration bias, and early termination that favored the treatment effect the investigators were hoping for. All three studies were overpowered such that the biases alone could have provided a statistically significant difference.

The common hypothesis for these trials was that male circumcision would decrease the rate of heterosexually transmitted HIV infections. A basic assumption adopted by the investigators was that all HIV infections resulted from heterosexual transmission, so no effort was made to determine the source of the infections discovered during the trial. There is strong evidence that this assumption was not valid. In the three trials in Kenya, Uganda, and South Africa that are the basis for the HIV claims, the researchers assumed in their calculations they had 0% gay men in their studies.

It is important to note that Bailey failed in 2010 to find a protective effect in another study in Kenya.  Also, in 2009 Gray saw  a 50% higher male-to-female HIV transmission rate among the Ugandan men they circumcised.

Consider this quote from Dr. Marcia Angell; “It is simply no longer possible to believe much of the clinical research that is published, or to rely on the judgment of trusted physicians or authoritative medical guidelines. I take no pleasure in this conclusion, which I reached slowly and reluctantly over my two decades as an editor of The New England Journal of Medicine” (Marcia Angell, “Drug Companies & Doctors: A story of Corruption”, NYRB, Jan 15, 2009). She shares some pretty sobering information in her book “The Truth About the Drug Companies”.

The ability to have unrestricted sex is the subtle message behind the African circumcision marketing campaigns. Meanwhile the drastic reduction in sensitivity caused by circumcision due to the loss of 20,000 penile nerve endings will make African men engage in riskier behavior to achieve sexual gratification. These factors can lead to an increase in unwanted pregnancies and higher rates of promiscuity. Pro-circumcision propaganda will decrease use of contraception.

Researchers from Johns Hopkins have a checkered history on ethics violations and outright racism.

Some of the leading researchers in the African circumcision/HIV trials are based out of the Johns Hopkins School of Public Health. However there have been disturbing incidents involving researchers from Johns Hopkins past that are cause for concern. For instance, during the infamous Tuskegee experiments on black Americans, Dr. Joseph E. Moore of Johns Hopkins University School of Medicine proposed that “Syphilis in the negro is in many respects a different disease from syphilis in whites.”

Johns Hopkins researchers conducted further racist research on blacks when they conducted their lead paint study in Baltimore. Using poor black children as guinea pigs, they exposed them to “dangerous lead hazards” during a 1990’s housing study. The US Department of Health and Human Services halted all federally funded medical research at Johns Hopkins involving human subjects after a similar investigation into a Hopkins asthma study that resulted in the death of a healthy volunteer.

Recent studies both in Africa and elsewhere examining  circumcision rates and HIV prevalence found that circumcision did not significantly affect HIV infections.

The HIV virus can attack the mucosa at the meatus (urethral opening) or inside the urethra just as easily as the foreskin. So then the question arises, how much surgical cutting do we do to eliminate mucosal tissue from the penis? The only way to eliminate the mucosal tissue would be to eliminate the penis! Most men of sexually active age in the United States are already circumcised, but the HIV infection rates are higher in the USA than in other developed countries where circumcision is rare. Even common sense tells us the circumcision is unreliable in protecting against HIV.

Male circumcision also places women at greater risk of unsafe sex practices if they or their circumcised male partners wrongly believe they are immune to HIV. Female partners may become less insistent on use of condoms when they believe circumcision offers protection. Men who “had the cut” can become more aggressive in their demands for sex because they believe they are immune from HIV infection.

What has been proven to work in preventing the spread of sexually transmitted HIV?

SIGN THE PETITION TO STOP EXPLOITATION OF AFRICANS WITH CIRCUMCISION PROGRAMS.

U.S. medical researchers have a sordid history of unethical practices with STD experiments on black people, and others in undeveloped countries. Those promoting African circumcision seem to be more interested in obtaining grants & research money to promote circumcision than promoting effective methods such as education, condoms, and anti-retroviral therapy (ART).

Further proof of how US medical researchers exploit black people has been shown by the following incidents:

The infamous case of the Tuskegee experiments in which black men infected with syphilis were left untreated to see how they pass infections to others. The research on these black Americans was conducted by the U.S. Public Health Service (PHS). The discovery of the fact that the incidence of the disease was higher among African-Americans than among whites was attributed by some to social and economic factors, but by others to a possible difference in susceptibility between whites and non-whites. Indeed one Public Health Service consultant, Dr Joseph E. Moore of Johns Hopkins University School of medicine proposed that “Syphilis in the negro is in many respects a different disease from syphilis in whites.”

Researchers from Johns Hopkins are involved with the highly publicized African HIV trials.

Another notorious case involves U.S. government medical researchers that intentionally infected hundreds of people in Guatemala, including institutionalized mental patients, with gonorrhea and syphilis without their knowledge or permission.  Doctors infected soldiers, prostitutes, prisoners and mental patients with syphilis and other sexually transmitted diseases, without the informed consent of the subjects.  Experts from Harvard, Johns Hopkins, and the Universities of Pennsylvania and Rochester gave advance approval of the experiments which led to the death of at least 83 people. Read the story here. In 2010, Secretary of State Hillary Clinton officially apologized to the Guatemalan people.

American researchers are now using the same racist theories and pseudo-scientific experiments on Africans. The U.S. President’s Emergency Plan for AIDS Relief (PEPFAR), the Clinton Foundation, and the Gates Foundation are on a misguided mission of African exploitation. We need to tell them……..

CIRCUMCISION DOES NOT STOP AIDS 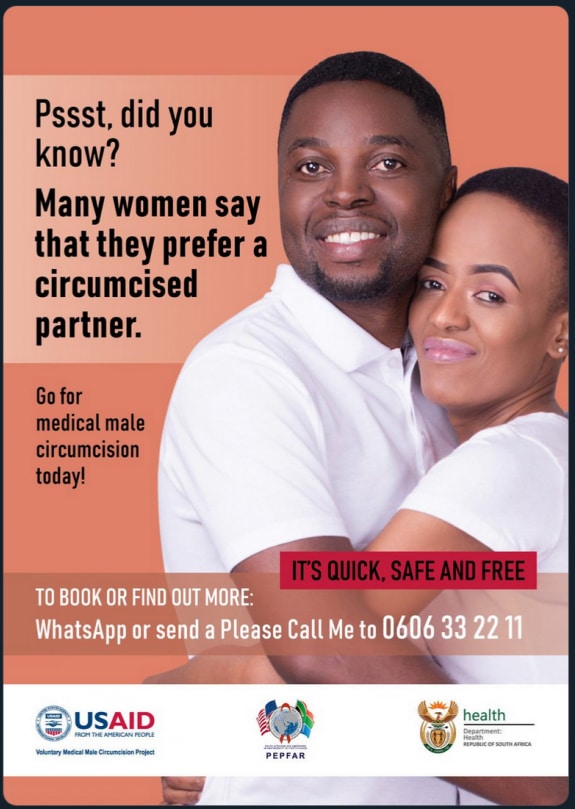