Circumcision pros vs cons? Actor Gerard Butler and Howard Stern discuss the benefits of being intact during this March 11, 2013 interview on the Howard Stern Show.

Being of Scottish descent, Gerard exclaims, “No, we don’t do that!” with regards to genital cutting (circumcision.) Europeans do not cut newborn babies penises. They prefer to leave ones body intact as nature intended. European doctor groups dismiss American claims that genital cutting provides health benefits.

Gerard goes on to say that he is “very sensitive.” Gerard says that being intact (uncircumcised) is “an amazing thing.” His very active romantic life has not been affected by being intact either. Gerard has been reported to have had relationships with over 20 Hollywood starlets and models including Jessica Biel, Cameron Diaz, Jennifer Aniston,  and Brandi Glanville.

Howard Stern has been a outspoken critic of circumcision, stating in this interview “I am so against circumcision, you know that’s a man-made {made up} thing.” Howard goes on to say, “you know that’s got to cut down on sensitivity of your penis.” He also says, ” I’m circumcised because I grew up in America, and that’s what they do, they cut you, it’s got to be wrong.” 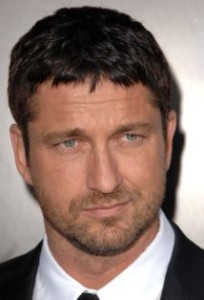 As you can watch from this short interview, both Howard and Gerard discuss the circumcision pros vs cons.

Gerard Butler has appeared on film, stage, and television. A trained lawyer, Butler turned to acting in the mid-1990s with small roles in productions such as the James Bond film Tomorrow Never Dies (1997), which he followed with steady work on television, most notably in the American miniseries Attila (2001). He garnered critical acclaim for his work as the lead in Joel Schumacher‘s 2004 film adaptation of the musicalThe Phantom of the Opera. In 2007, Butler gained recognition through his portrayal of King Leonidas in the film 300. Since then, he has appeared in projects including P.S. I Love You (2007), Nim’s Island (2008),RocknRolla (2008), The Ugly Truth (2009), Gamer(2009), Law Abiding Citizen (2009), The Bounty Hunter (2010), and as a voice actor in How to Train Your Dragon (2010).