A botched circumcision at Bellevue Hospital filled a Manhattan infant’s first months with pain, a mom claims in court papers.

An intern circumcised Karina Collado’s baby boy without asking the mother. This happened the day after his February 2015 birth, she said in a Manhattan Supreme Court filing. These “accidental” circumcisions are very likely to happen with babies covered under Medicaid insurance. Hospitals know that the procedure will not be questioned and a lucrative insurance billing will be paid. Hospitals have intentionally weak policies that encourage circumcisions to proceed even if the parents never wanted their son circumcised.

Circumcision malpractice caused the boy’s now “deformed” penis to have two holes on either side of his urethra and “significant” foreskin still attached, the mom charges.

Bellevue Has A Bizarre History with Circumcision

Ironically, Bellevue was the same hospital where the renowned Dr. Lewis Sayre made outrageous claims that circumcision cured a boy’s paralyzed legs in 1870. While at Bellevue, Sayre also claimed to cure hernia, epilepsy, mental disorders, and hip-joint pain. Sayre’s promotion helped set America on the path of genital cutting of babies that still haunts us over 147 years later. Sayre was later elected as President of the American Medical Association.

The case of this botched circumcision will be heard before a judge to determine if the case can proceed due to a late notice of claim filed with NYC. (Bellevue is owned by the NEW YORK CITY HEALTH & HOSPITALS CORPORATION) 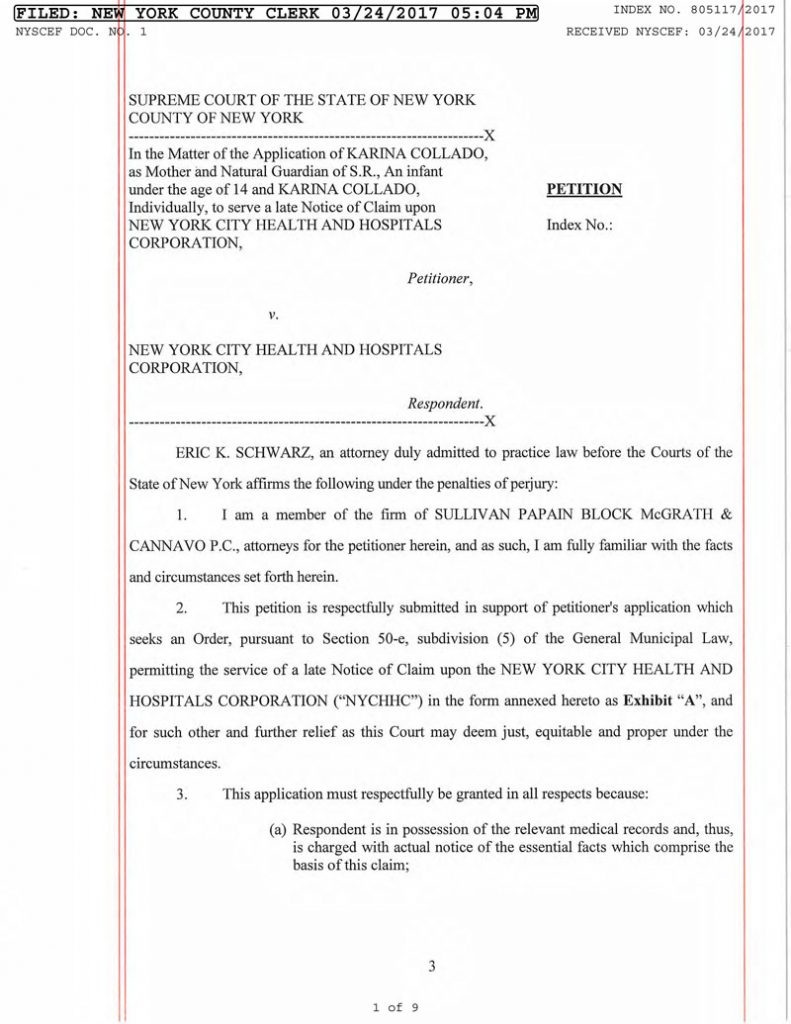 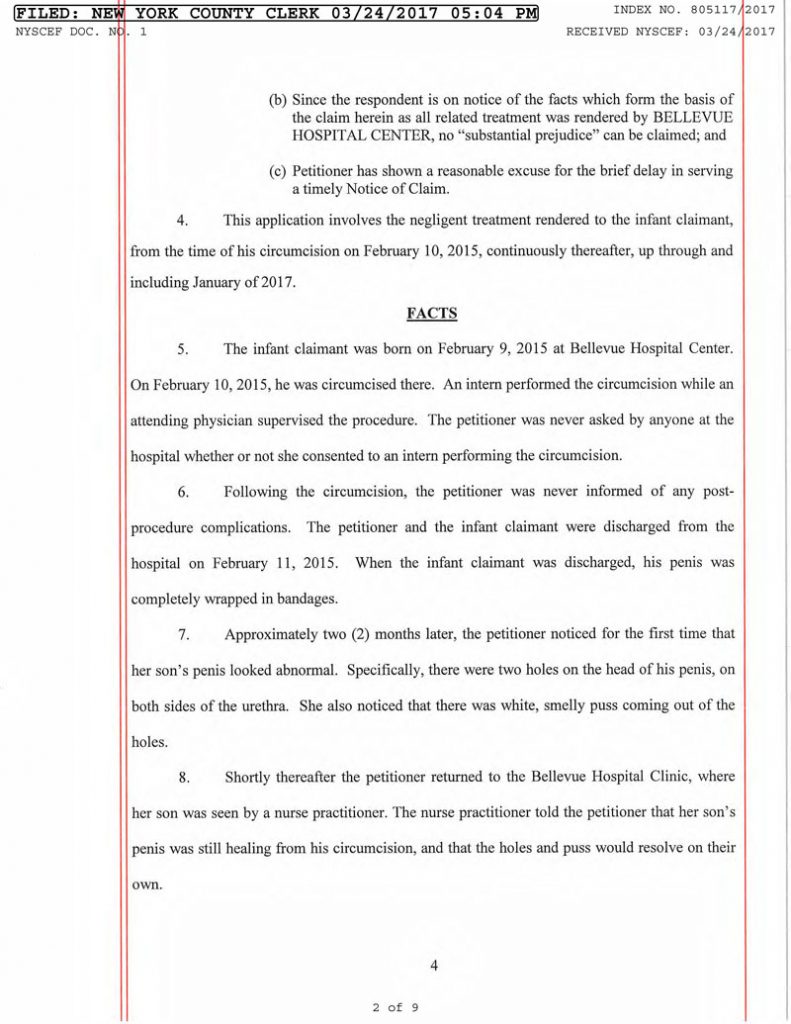