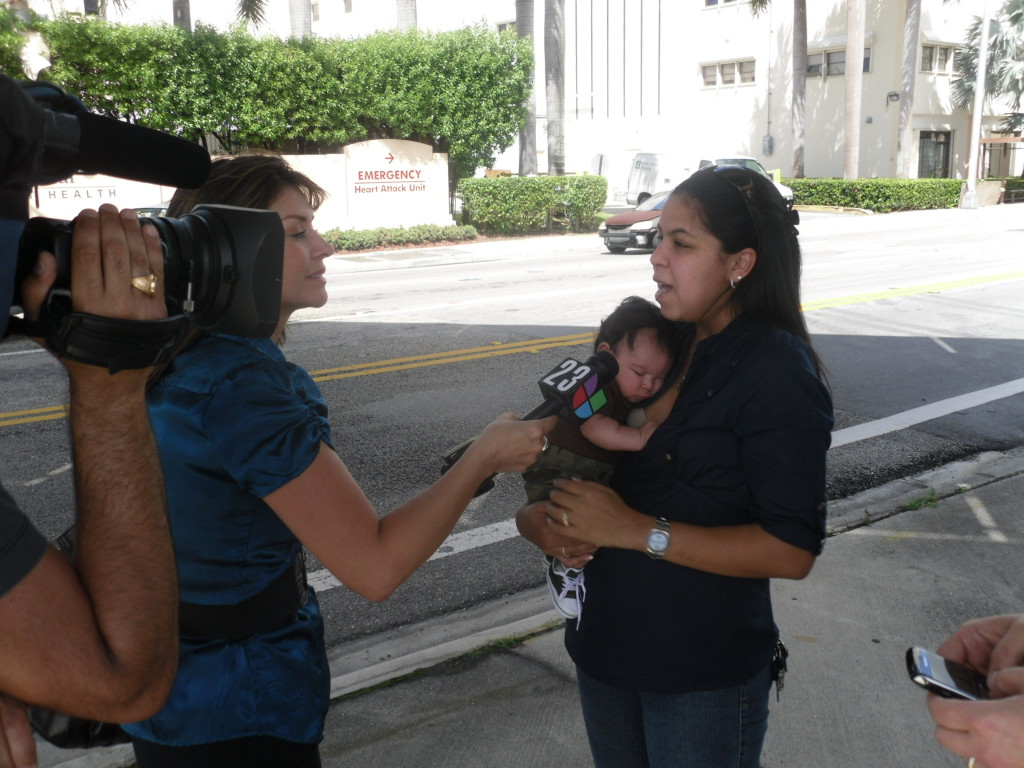 A protest rally was held on September 17, 2010 in front of South Miami (Baptist) Hospital in support of the Delgado-Viera family and baby Mario. Intaction.org was present at the rally, handing out T-shirts and providing support.

Several police units were on hand to monitor the protest, in which the police had no issues with as long as the protest did not block traffic. Hospital security was also monitoring the events.

In spite of the hot temperatures, intactivist protesters demonstrated in front of the hospital, and along U.S Route 1 and 73rd Street, attracting the attention of thousands of passing motorists, even to the point of slowing traffic. Many people honked horns, or cheered in support of the family and the Intactivists. Curious pedestrians, including some doctors, stopped by the rally point to inquire about the Movement.

Protester David Wilson of Stop Infant Circumcision (SIC) Society was on hand with many banners and signs, and unfurled a large “Whose Body, Who’s Penis, Whose Rights?” banner. Protesters traveled from as far as Boston and New York to contribute to the demonstration.

The protest was covered by the Miami Herald, News 7, News 23, Telemundo, and Univision. 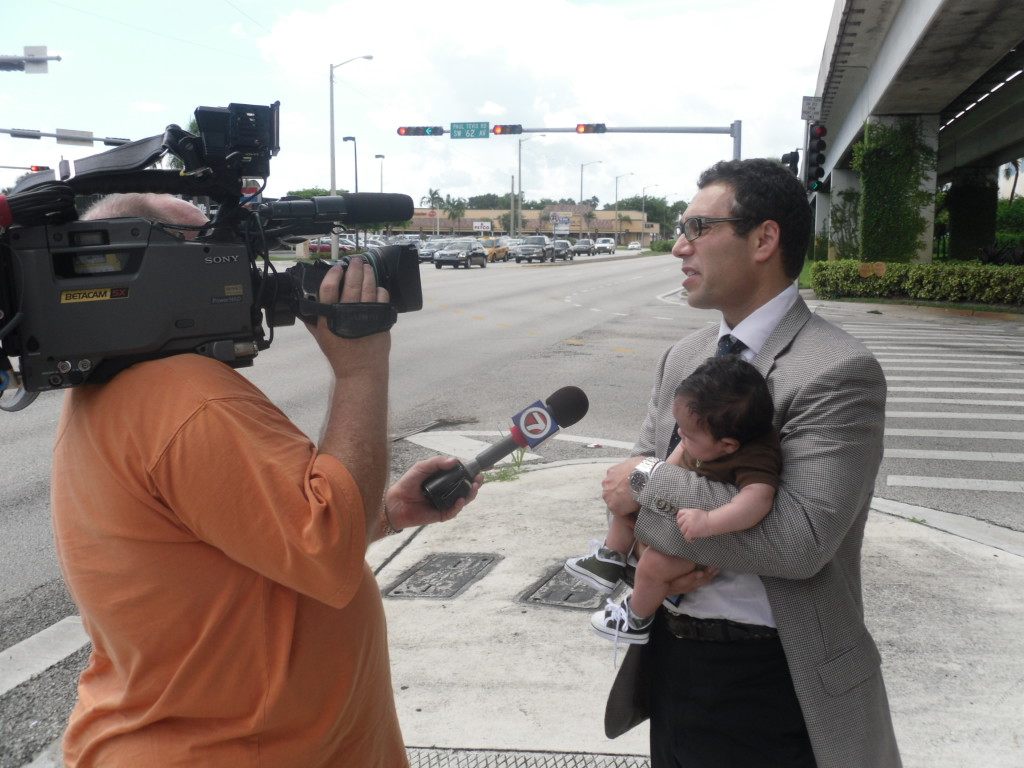 Says Anthony Losquadro (Intaction.org), “We are here today to lend support to the Delgado-Viera family under these unfortunate circumstances. And we are here today to let the medical community know that their callous attitude and breach of ethics with regards to infant circumcision will not go unanswered. We will use all of our efforts right this wrong, including placing pressure on the Miami prosecutors office to charge the doctor, allegedly Dr. Mary Jean Pazos, with assault & battery, and not let the doctor shrug it off as a “mistake.” We also call for the passage of “Mario’s Law,” a bill to protect infants from medical circumcision.” 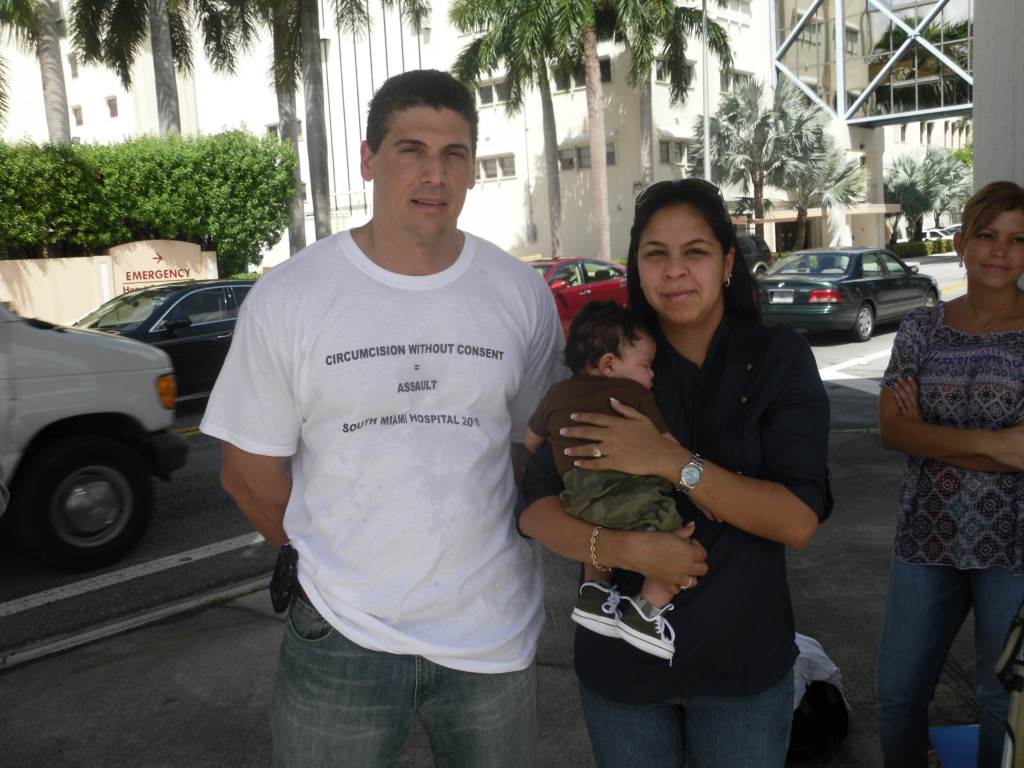