This tragic story unfortunately happens more frequently than reported. This story clearly shows a callous and blatant disregard by the medical establishment towards an infant’s human rights and genital integrity. It has been said that parents wishing their sons to be left intact should not let newborn boys out of their sight after birth to prevent hospital staff from circumcising them.

Mario Viera is just four weeks old. When he was born, his mom says she told doctors at South Miami Hospital several times that she did not want Mario circumcised.”It’s a big hospital,” said Vera Delgado, Mario’s mother. “It’s a good hospital, and I thought he’s safe, he’s good there.”

But eight days after his birth, without his mother even present, doctors performed the surgery.

“I was crying. I spent that day and the next day crying,” Delgado told CBS4’s Gio Benitez.

It turns out every man in Mario’s family is uncircumcised. It’s a family tradition.

Delgado knows a lot of people will think, “Oh that’s not a big deal. But what would happen if you don’t want that for your son, and they do it anyway?”

“This is not malpractice. This is a battery,” said Attorney Spencer Aronfeld, who is working the case. On Monday, he says he’ll file a lawsuit against the doctor and hospital for battery.”They went and they did an unnecessary, unwanted procedure on this child without the parents permission,” he said.

The hospital released this statement: “The baby’s circumcision was an unfortunate mistake caused by a misread consent form. As soon as the error was discovered, the doctor and nurses let the family know what had occurred.”

But he and Delgado say the hospital has to do more than admit the mistake because Delgado says it’s a risk Mario didn’t need to face.” And with him being in intensive care, with more reason,” she said.

Mario was in intensive care for ten days. He was circumcised on the eighth.

Hospital spokespeople say they’re sorry.” I know they apologized and everything, but it’s done, the damage is done,” said Delgado.

This is South Miami Hospital’s full statement regarding Mario Viera’s circumcision: “The baby’s circumcision was an unfortunate mistake caused by a misread consent form. As soon as the error was discovered, the doctor and nurses let the family know what had occurred. We also immediately implemented new processes to ensure this mistake will not occur again. The procedure itself was performed following appropriate surgical guidelines and the baby didn’t have any complications. Nevertheless, we’re all deeply sorry that this happened.” 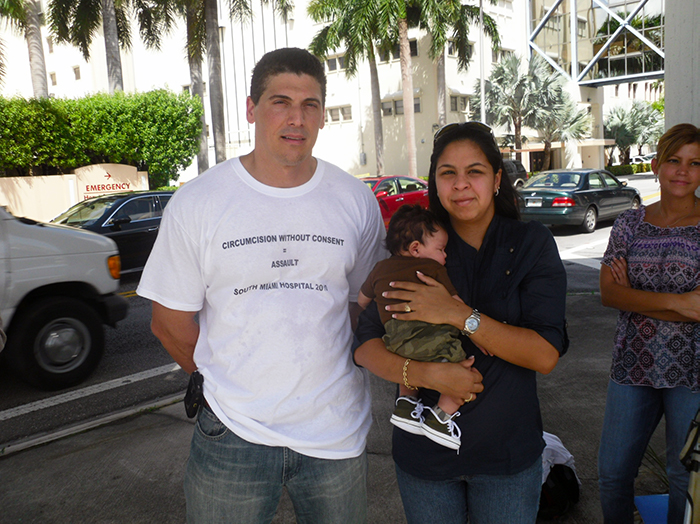