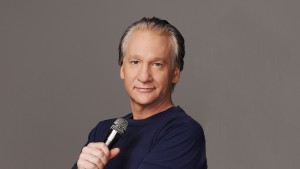 In his most recent standup act on HBO, comedian Bill Maher makes fun at the anti-circumcision movement. In a bit discussing the posting of online “selfie” pics, he states that he supports circumcision because otherwise penises look like “sea creatures.”

While some intactivists may be upset with the insensitivity expressed by Maher, we here at Intaction are actually delighted by his comments.

First we need to remember this is a comedy show. It’s not meant to be taken seriously. Of course that’s not always easily digested when your the brunt of the jokes. However we need to keep in mind comedians often take on absurd points of view to entertain.

Viewers rarely take what a comedian says seriously because the point of the discussion is to make one laugh. Furthermore Maher is a polarizing figure, when he says something probably half the people automatically take the other position.

Here is the good part for us. Maher used the words “male genital mutilation,” child abuse,” “circumcision” in the same sentence. Associating those terms together is a powerful re-statement of OUR message. He also made mention of a movement to “get rid of circumcision.” I’m sure many people never heard of our movement until Maher told them about us.

Maher gave our movement publicity that we could never afford to buy. He probably sparked more than a few people’s imagination and they will now be encouraged to look into the issue further.

So we can keep our chin up and smile. As they say there is no such thing as bad press. And we will drop Bill a note thanking him for the mention.

Learn about the facts and myths of circumcision.