A Pennsylvania man has been arrested for allegedly stealing more than $350,000 worth of human skin from a Philadelphia hospital for years – human skin incredibly derived from circumcision. 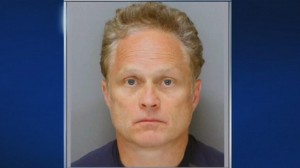 Gary Dudek, 54, of Wallingford, Pennsylvania, was arrested Monday May 26, and charged with theft and tampering with records. According to investigators, Dudek repeatedly stole skin grafts from Mercy Philadelphia Hospital between November 2011 and July 2013.

From September 2006 to September 2013, Dudek worked as a “tissue-regeneration specialist” – a sales representative – for Organogenesis, a Massachusetts firm that specializes in regenerative medicine, a company spokeswoman said.

According to the Organogenesis website, the company claims “Human keratinocytes and fibroblasts are derived from neonatal foreskins obtained for use under informed-consent guidelines.” Neonatal foreskins are taken from infant boys during circumcision.

Ethicists counter that babies are the true owner of the foreskin, and they cannot consent. Court decisions have upheld the doctrine that any removed body tissue becomes property of the hospital. Hospitals may do whatever they wish with such tissue, including selling it without a patients consent. Such tissues include foreskins removed during circumcision. Hence the “consent” Organogenesis claims to receive is not even a legal requirement.