THE DAILY BEAST – The Men Who Want Their Foreskin Back 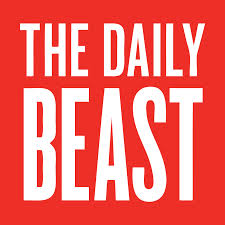 The anti-male circumcision movement likens the procedure to genital mutilation and because of that it wants to restore what was lost with cones, weights, and more.
Ron Low never realized there was something missing from his penis until he was a grown man.

In the mid-1980s, he came across a magazine article about circumcision that detailed several personal accounts from men whose foreskins had not been removed at birth. This chance encounter with a then-unpopular position made Ron consider the reasons behind circumcision.

“How could humans could be the product of thousands of years of evolution and still need a part [of their body] cut off?,” Low recounts himself thinking.

Like many people, Ron viewed circumcision as a routine procedure that had been done to him as it was done to all male infants. According to the World Health Organization, 80 percent of adult males in the United States have been circumcised, compared to about 30 percent of the rest of the world. The Centers for Disease Control and the American Academy of Pediatrics say that the benefits of male infant circumcision outweighs the risks. The World Health Organization endorses circumcision as a means to reduce the risk of the transmission of HIV.

Still, it appears that a movement to end routine circumcision is finding some success, or is at least coinciding with the practice being on the wane. Newborn male circumcision in the U.S. declined from 64.9 percent in the 1960s to 58.3 percent in 2010.

Low became a father in the early days of the Internet, when social media was limited to chat rooms and virtual bulletin boards.

“I was lurking around in chat rooms trying to find some solidarity with other parents, and these people would always show up and start railing about circumcisions and it was annoying!” he Low said. After a time, however, he slowly came around to their way of thinking. “But the same people who were always jumping in and talking about this stuff, some of those same folks, I am still in touch with today and use as sources.”

Around the same time, Low heard a radio program featuring author James Bigelow. He was discussing his latest book, The Joy of Uncircumcising.

As Low listened to Bigelow describe using tapes and weights to stretch the slack skin on his penis in order to regrow a foreskin, the interviewer quipped, “Could you just wear a little hat?”
An engineer by trade, Low thought: Well, why couldn’t you just wear a little hat? His own restoration journey was years off, but when he speaks of the design for the TLC Tugger, he hearkens back to this moment.

Ron and his wife had always enjoyed a fulfilling sex life, but as she approached her forties, considered a woman’s sexual peak, Ron noticed it was taking him longer to satisfy her. After some failed attempts using different positions as well as lotions, his doctor suggested that he should just get used to the fact that his circumcision had left the head of his penis exposed and dry.

“I knew it wasn’t my wife’s fault. And I had to do something. So I went to her, on April Fool’s Day, and I told her I was going to restore.” Ron’s wife predictably thought he was kidding. “I assured her I was serious, and told her to help me be accountable, and also to let me know when I should remove the tape,” he says, as taping meant that removal would involve cleaning off the adhesive residue which was a delicate and timely process.

“I taped my penis for four years, 80 percent of the time. And during a fifth year, I only wore the tape at work, but wore a retaining cone the rest of the time. The retaining cone protects the suppleness and sensitivity of the glands and also maintains progress,” he matter-of-factly shares about his own penis, completely unabashed.

Meanwhile, Low was perfecting his own device to restore foreskin without messy tape: the TLC Tugger.

Using silicone, he designed a conical device to grip skin using tension instead of adhesive. The TLC Tugger uses constant tension to grip the foreskin and then “tug” it via a strap attached to the leg. (Weights are available for purchase to enhance the tugging experience.)

“Unless men are experiencing a medical condition, there is no need to seek medical attention in order to undertake the restoring process,” Low said. Instead, he believes strongly in the “restoring community” he has created on his website, where he estimates about one-third of the members are customers.

Despite being a soft-spoken Midwesterner, there is no mistaking his harsh words for infant circumcision.

“Informed adults can make the decision. It is forced mutilation on those who can’t consent.”

There are no medical studies to suggest the efficacy of foreskin restoration and you’ll be hard pressed to find any physician endorsing devices like Low’s.

A urologist with over thirty years’ experience in the U.S. and abroad had harsh words about foreskin restoration.

“It is definitely on the fringe of medicine, and I doubt there are many urologists who would treat it,” the physician, who requested anonymity said.

“It is ironic they feel they have been mutilated against their will in the USA, while in parts of the third world it is accepted practice to circumcise all males as HIV prevention,” he added. Instead of foreskin restoration, the physician recommended men seek psychiatric evaluation and care.

Anthony Losquadro is aware of the psychological dimension of foreskin.

“You gotta be able to talk about this stuff,” the executive director of Intaction, an anti-circumcision group said. “We won’t be embarrassed to talk about it. We won’t be ashamed, doctors should be be the ones who are ashamed. We’re gonna try to gain back our power.”

Anthony said he was always somewhat aware that something had been done to him.

“The scars didn’t seem natural and no one was telling me, so I thought it must’ve been some type of trauma.”

As he moved into adulthood, Anthony said delved into all the research he could find and became angry.

“Doctors only amputate. They joke around that no one has come back and complained, but there are hundreds of thousands of men who have restored or are restoring. There are lots of unhappy men out there.”

The restoration process will not completely reverse the effects of a circumcision, though.

“You don’t get back 20,000 nerve endings, and you won’t get back your frenulum,” Anthony said, referring to the band of tissue that connects the foreskin and a lubricating gland. “Those are the most sensitive areas of the penis and there’s no way to get them back.”

Anthony sees restoration as more than just a physiological fix, however.

“The physical appearance is indistinguishable, but men feel their bodies have been violated. Restoration helps empower men to overcome these feelings as well as the physical.