NYC Intactivists and Intaction.org protested on November 24, 2012 outside of the German Consulate in NYC in response to a proposed bill in the German Bundestag. The bill would legalize the sexual mutilation of male children in Germany. Forced sexual mutilation was effectively outlawed in the country in May when a Cologne appeals court correctly ruled that child circumcision without critical medical need is criminal assault. 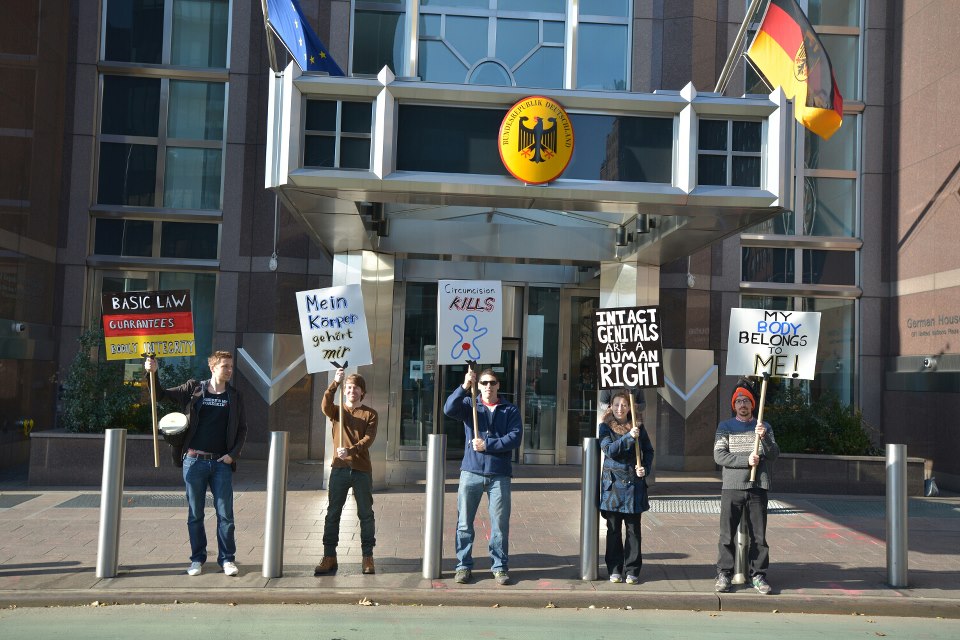 A fierce debate has arisen in the Bundestag pitting religious groups against human rights activists, secularists, and a overwhelming majority of doctors, medical societies, and pediatrician groups.