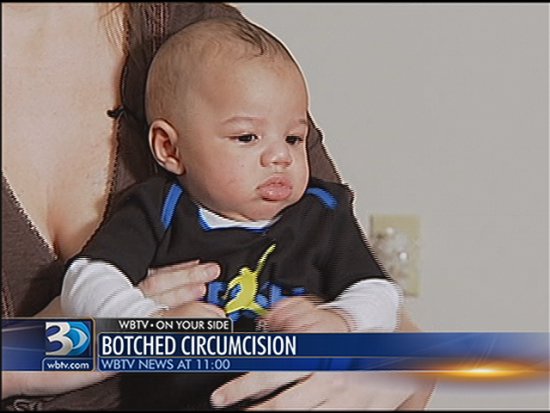 When Christy Falls elected to have her newborn son circumcised, she trusted the procedure would go just fine.

But within hours of bringing little Josiah home, things took a turn for the worse.

Falls immediately took the baby to the emergency room where doctors were able to stop the bleeding.

“They told me they had cut a vein, he told me that,” said Falls.

But as it turns out, what happened to little Josiah is not unheard of.

“We take every precaution to minimize that risk, but it can happen,” said Dr. Jamie Lye, a pediatrician at Eastover Pediatrics in Charlotte.

He did not perform Josiah’s surgery.

He says circumcisions can reduce the risk of urinary tract infections and penile cancer down the road.

But there’s no rule that says it’s necessary and as with any procedure, parents should be aware of possible risks.

“It’s something that we leave up to the parents to decide and our role as pediatricians is to help inform them of the risks,” said Dr. Lye.

Doctors don’t anticipate any further complications, but Falls worries there could be some down the road.

She hopes other parents learn from her ordeal.

“I would do extra research, check all the pros and cons,” she said.

WBTV is not naming the doctor’s office involved because there’s no evidence of wrongdoing.

Falls is considering filing a lawsuit against the doctor’s office.