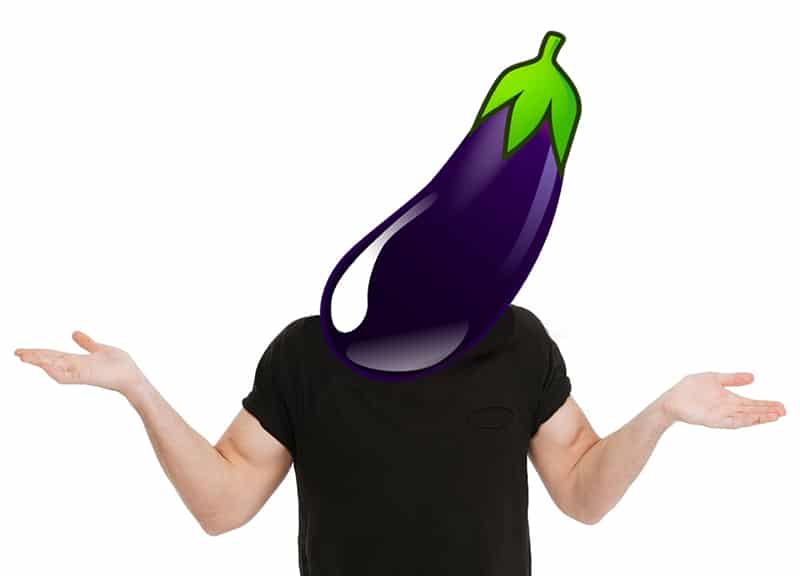 Many people ask us, ” What is circumcision ?”  They may be expecting parents, or they may be just naturally curious. They usually want to know what’s involved, along with how and why it’s done. These are common questions and you deserve the answers. So I’ve written this article to answer all of these questions in a very informative but easy to follow format.  So let’s unpack all of this information and I will help you understand what all the concern is about.

Circumcision is the cutting and removal of normally healthy genital tissue from either males or females. Male circumcision refers to cutting away of the foreskin (prepuce) from the penis on boys. This is typically done in infancy. Circumcision can also refer to the cutting of the clitoral hood, labia or clitoris on girls. Circumcision is also called genital cutting or genital mutilation.

The procedure is commonly done to newborn boys in the United States. However male circumcision is not practiced in most other parts of the world. In fact over 70% of baby boys are not circumcised around the world. Infant circumcision is a cultural practice, and it is not medically necessary. You might expect only diseased or damaged tissue would be surgically removed. But in the case of circumcision they remove normal, natural, healthy tissue.

The word circumcision is a euphemism for genital cutting. A euphemism is a fancy word which attempts to conceal an unpleasant truth. The word “circumcision” was coined to make the procedure sound special compared to “genital cutting,” “penis cutting,” “mutilation,” or as commentator Joe Rogan calls it, “cutting baby dicks .” Because if it was actually called penis cutting, parents would never allow it to happen to their sons. So the word circumcision was invented to give it an aura of acceptability. Derived from ancient Latin, the word circumcision only describes the action of cutting, meaning literally “to cut around.” The word “circumcision” ignores the fact that a person’s genitals are being cut !

What is Intact vs. Circumcised vs. Uncircumcised?

Males can be either intact or circumcised. To use the term “uncircumcised” is incorrect and actually insulting to intact males. One cannot be “uncircumcised,” as the act of circumcision is a permanent condition. Hence, the proper terminology for a natural male with his foreskin attached in a normal state is “intact.”

What is the foreskin, and why do males have one? 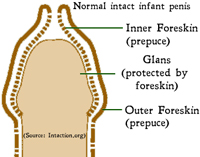 The foreskin is a normal anatomical feature found in all mammals. It has evolved to protect the penis, and contains unique structures. The foreskin is the most densely nerve laden part of the penis, containing 240 feet of nerves and 20,000 nerve endings. The foreskin contains dense concentrations of Meissner’s corpuscles, which are special nerve endings especially sensitive to light touch. These highly specialized nerve sensors enhance sex in the adult, and are one reason why genital cutting is so painful to an infant. The foreskin also contains Langerhan’s cells, which act as sentries to alert the immune system to invading bacteria and viruses. As a protective cover, the foreskin acts in the same way the eyelid functions. It keeps a sensitive area protected, but retracts as necessary. Keep in mind scientific research is always making new discoveries. We shouldn’t assume the foreskin is an unnecessary “flap of skin.” Nature’s design doesn’t make mistakes.

Why is circumcision done to babies?

In America, reasons for circumcising infant boys varies widely. When asked, many parents will claim they had good reasons to do it. However when questioned further, their commitment may waiver. They may even admit they were unsure about the facts. Typical reasons why parents circumcise are as follows:

Ultimately circumcision is done to babies because babies can’t refuse circumcision or voice opposition to it. 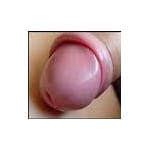 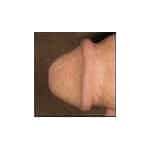 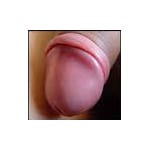 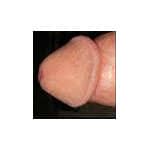 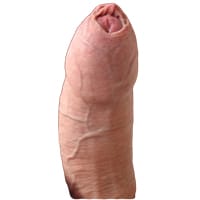 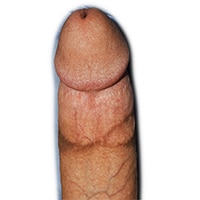 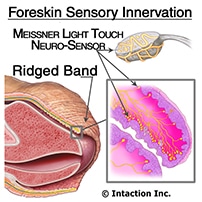 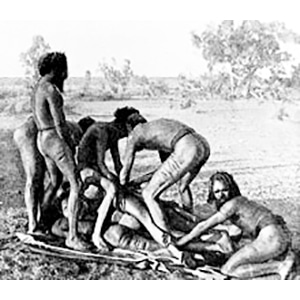 Aboriginal male being held down for subincision circumcision

Circumcision is a religious or cultural ritual for many Jewish and Islamic families.

It is also practiced by certain tribes in Africa and the Aborigines in Australia. Aboriginal circumcision can involve slowly slicing the penis lengthwise. This horrific practice can also be called penis splitting or subincision. Aboriginal tribes perform this on males as a rite of passage. 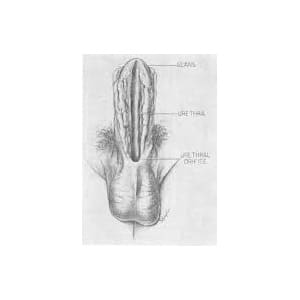 What is circumcision? – Metzitzah b’peh

Some local governments have tried to regulate the practice to prevent harm to these children. Unfortunately these attempts have failed amid special interest political opposition and lawsuits claiming First Amendment religious infringement.

What is circumcision? – Medical experts say:

The American Academy of Pediatrics (AAP), in their now expired policy, didn’t recommend routine circumcision for all male newborns. The AAP left the circumcision decision up to parents and has not revisited the issue.

The following medical associations specifically do not recommend infant circumcision:

How is American circumcision done?

The infant must be restrained or tied down to prevent him from moving. This equipment features a four point tie down for total immobilization. 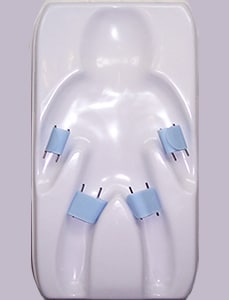 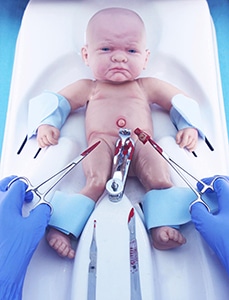 STEP 2: Tearing the foreskin from the glans penis (head)

The foreskin must be separated from the head of the penis. It is adhered by a membrane called the synechia or balano-preputial lamina. Also the frenulum, a extremely sensitive piece of connective tissue on the underside (ventral) , must be removed. This tearing would be like tearing off your fingernail from your finger ! In the third slide, the doctor is crushing the foreskin lengthwise with a hemostat prior to making an initial cut. This reduces bleeding. Some devices require a dorsal (top) cut prior to device insertion. All of these steps are very painful !

STEP 3: A circumcision device must be used to crush or strangle the foreskin to prevent hemorrhage. These are the most commonly used devices for hospital circumcision 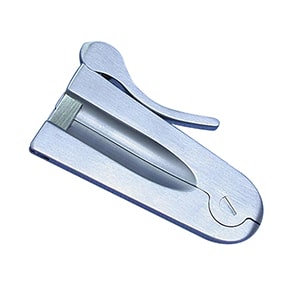 How a Mogen is used 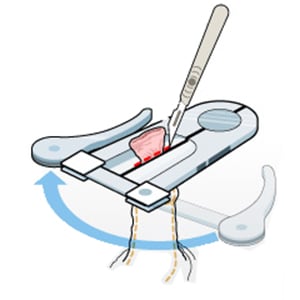 The Mogen circumcision clamp, invented in 1954, is the most dangerous device still in use. It was designed to be fast and easy to use, especially in religious ceremonies. However the Mogen doesn’t give the head of the (glans) penis any protection from laceration or disfigurement. The original Mogen Instrument Company was driven into bankruptcy by product liability claims. It is now out of business. Generic Mogen knockoffs are still sold to hospitals because some doctors, out of habit, insist on using them. The manufacturers have been subjected to hundreds of multimillion dollar lawsuits, yet hospitals continue to allow use of the device. 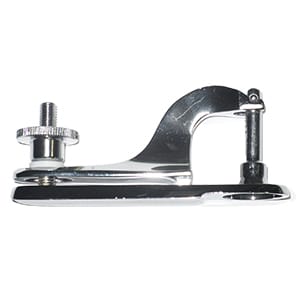 How a Gomco is used 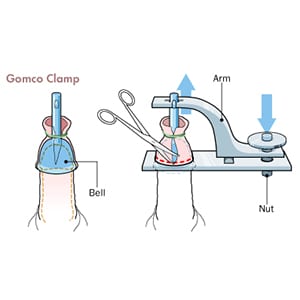 Designed in 1935 as a safer alternative to “freehand” incisions or other devices in prior use. The Gomco crushes an infant’s foreskin with two tons of pressure between the bell and baseplate. This causes blood to clot inside the foreskin to prevent hemorrhage. The bell does offer the head (glans) penis some degree of protection from careless laceration or disfigurement. However mismatched parts, the skill of the user, or human error can still lead to botches and complications. Complications can include skin bridge adhesions, excessive bleeding, excessive or jagged scarring, painful adulthood erections, and buried penis due to excessive skin removal. 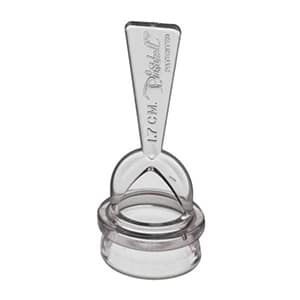 How the Plastibell is used 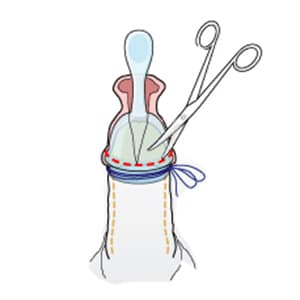 Invented in 1955 as method that required less cutting and potentially less blood loss. A tie string essentially strangles the foreskin to prevent bleeding. The foreskin is then cut off. The strangulated decaying foreskin remnants and the tie string ligature offers an entry point for bacteria and infection. Like the Gomco, the Plastibell offers some protection to the head (glans penis) against laceration or disfigurement. However the penis can swell and herniate (protrude) through the Plastibell ring. This swelling can reduce blood and/or urine flow, damaging the penis or kidneys. Complications usually happen hours to days after the baby leaves the hospital. By the time a parent notices something is wrong, the baby’s penis or life can be in serious jeopardy.

What is Circumcision : Botches and Complications result in lifetime disfigurement and sexual dysfunction

What can go wrong with a Mogen 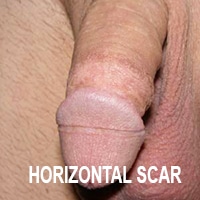 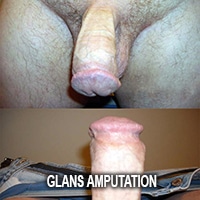 What can go wrong with a Gomco 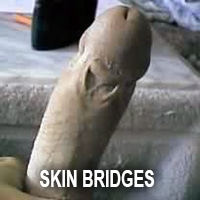 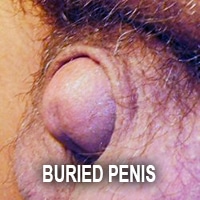 This can go wrong with the Plastibell 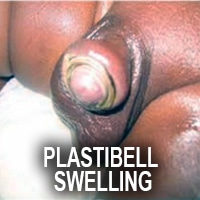 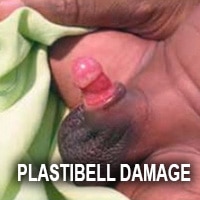 What is Female Circumcision?

Female circumcision aka female genital mutilation (FGM) is any practice involving the partial or total removal of the external female genitalia. FGM can also include other injuries inflicted on the female genital organs. FGM is often forced on girls between the ages of 4 and 14

Why do people practice FGM?

The World Health Organization (WHO) has classified FGM into four major category types, (1, 2, 3, 4).

The United States had a federal law banning FGM, however the federal ban was ruled unconstitutional in 2018. Many U.S. States have state law prohibiting FGM which are enforceable. 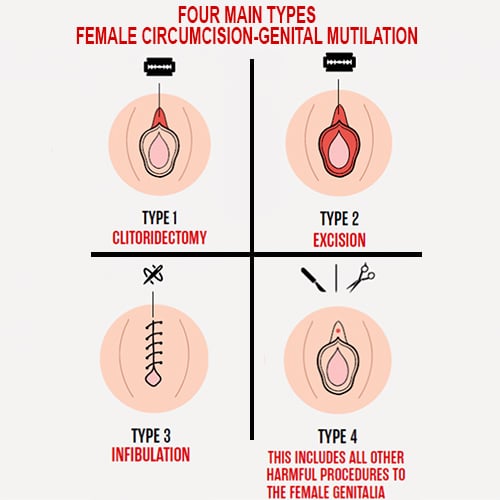 I’ve covered a lot of ground in this article and I hope you now have the answers to many of your questions about “What is Circumcision.” We’ve also covered why it’s done, how it’s done, and what can go wrong. If you have any further questions, or if you just want to leave a comment, please use the comment box below and we will respond.