The AAP’s extensive report was based on the scrutiny of a large number of complex scientific articles. Therefore, while striving for objectivity, the conclusions drawn by the eight task force members reflect what these individual physicians perceived as trustworthy evidence. Cultural bias reflecting the normality of nontherapeutic male circumcision in the United States seems obvious. The conclusions of the AAP Technical Report and Policy Statement are far from those reached by physicians in most other Western countries. As mentioned, only one of the aforementioned arguments has some theoretical relevance in relation to infant male circumcision; namely, the questionable argument of UTI prevention in infant boys. The other claimed health benefits are also questionable, weak, and likely to have little public health relevance in a Western context, and they do not represent compelling reasons for surgery before boys are old enough to decide for themselves. Circumcision fails to meet the commonly accepted criteria for the justification of preventive medical procedures in children. The cardinal medical question should not be whether circumcision can prevent disease, but how disease can best be prevented.

The AAP report lacks a serious discussion of the central ethical dilemma with, on 1 side, parents’ right to act in the best interest of the child on the basis of cultural, religious, and health-related beliefs and wishes and, on the other side, infant boys’ basic right to physical integrity in the absence of compelling reasons for surgery. Physical integrity is one of the most fundamental and inalienable rights a child has. Physicians and their professional organizations have a professional duty to protect this right, irrespective of the gender of the child.

There is growing consensus among physicians, including those in the United States, that physicians should discourage parents from circumcising their healthy infant boys because nontherapeutic circumcision of underage boys in Western societies has no compelling health benefits, causes postoperative pain, can have serious long-term consequences, constitutes a violation of the United Nations’ Declaration of the Rights of the Child, and conflicts with the Hippocratic oath: primum non nocere: First, do no harm.

The American Academy of Pediatrics recently released its new Technical Report and Policy Statement on male circumcision, concluding that current evidence indicates that the health benefits of newborn male circumcision outweigh the risks. The technical report is based on the scrutiny of a large number of complex scientific articles. Therefore, while striving for objectivity, the conclusions drawn by the eight task force members reflect what these individual physicians perceived as trustworthy evidence.

Seen from the outside, cultural bias reflecting the normality of nontherapeutic male circumcision in the United States seems obvious, and the report’s conclusions are different from those reached by physicians in other parts of the Western world, including Europe, Canada, and Australia. In this commentary, a different view is presented by non–US-based physicians and representatives of general medical associations and societies for pediatrics, pediatric surgery, and pediatric urology in Northern Europe. 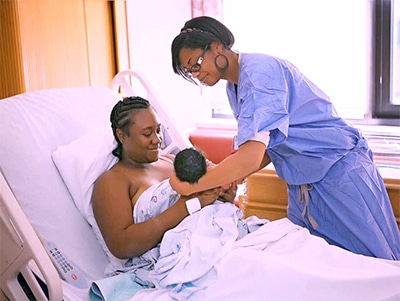 To these authors, only one of the arguments put forward by the American Academy of Pediatrics has some theoretical relevance in relation to infant male circumcision; namely, the possible protection against urinary tract infections in infant boys, which can easily be treated with antibiotics without tissue loss. The other claimed health benefits, including protection against HIV/AIDS, genital herpes, genital warts, and penile cancer, are questionable, weak, and likely to have little public health relevance in a Western context, and they do not represent compelling reasons for surgery before boys are old enough to decide for themselves.

Circumcision rates are steadily decreasing in most Western countries around the world, including the United States.1 Still, a majority of newborn male infants undergo the procedure in the United States. In its newly released Technical Report and Policy Statement on male circumcision,2,3 the American Academy of Pediatrics (AAP) has changed from a neutral to a more positive attitude toward circumcision, claiming that possible health benefits now outweigh the risks and possible negative long-term consequences. The AAP does not recommend routine circumcision of all infant boys as a public health measure but asserts that the benefits of the procedure are sufficient to warrant third-party payment. In Europe, Canada, and Australia, where infant male circumcision is considerably less common than in the United States, the AAP report is unlikely to influence circumcision practices because the conclusions of the report and policy statement seem to be strongly culturally biased.

In this commentary, a different view is presented by non–US-based physicians and representatives of general medical associations and societies for pediatrics, pediatric surgery, and pediatric urology in Northern Europe.

The most important criteria for the justification of medical procedures are necessity, cost-effectiveness, subsidiarity, proportionality, and consent. For preventive medical procedures, this means that the procedure must effectively lead to the prevention of a serious medical problem, that there is no less intrusive means of reaching the same goal, and that the risks of the procedure are proportional to the intended benefit. In addition, when performed in childhood, it needs to be clearly demonstrated that it is essential to perform the procedure before an age at which the individual can make a decision about the procedure for him- or herself.

According to the literature reviewed, ∼1% of boys will develop a UTI within the first years of life.2 There are no randomized controlled trials (RCTs) linking UTIs to circumcision status. The evidence for clinically significant protection is weak, and with easy access to health care, deaths or long-term negative medical consequences of UTIs are rare. UTI incidence does not seem to be lower in the United States, with high circumcision rates compared with Europe with low circumcision rates, and the AAP report suggests it will take ∼100 circumcisions to prevent 1 case of UTI. Using reasonable European estimates cited in the AAP report for the frequency of surgical and postoperative complications (∼2%), for every 100 circumcisions, 1 case of UTI may be prevented at the cost of 2 cases of hemorrhage, infection, or, in rare instances, more severe outcomes or even death.

Circumcision fails to meet the criteria to serve as a preventive measure for UTI, even though this is the only 1 of the AAP report’s 4 most favored arguments that has any relevance before the boy gets old enough to decide for himself.

Penile cancer is 1 of the rarest forms of cancer in the Western world (∼1 case in 100 000 men per year), almost always occurring at a later age. When diagnosed early, the disease generally has a good survival rate. According to the AAP report,2 between 909 and 322 000 circumcisions are needed to prevent 1 case of penile cancer. Penile cancer is linked to infection with human papillomaviruses,5 which can be prevented without tissue loss through condom use and prophylactic vaccination. It is remarkable that incidence rates of penile cancer in the United States, where ∼75% of the non-Jewish, non-Muslim male population is circumcised,1 are similar to rates in northern Europe, where ≤10% of the male population is circumcised.6

As a preventive measure for penile cancer, circumcision also fails to meet the criteria for preventive medicine: the evidence is not strong; the disease is rare and has a good survival rate; there are less intrusive ways of preventing the disease; and there is no compelling reason to deny boys their legitimate right to make their own informed decision when they are old enough to do so.

According to the AAP report,2 there is evidence that circumcision provides protection against 2 common viral STDs: genital herpes and genital warts. However, the evidence in favor of this claim is based primarily on findings in RCTs conducted among adult men in sub-Saharan Africa. For other STDs, such as syphilis, gonorrhea, and chlamydia, circumcision offers no convincing protection. The authors of the AAP report forget to stress that responsible use of condoms, regardless of circumcision status, will provide close to 100% reduction in risk for any STD. In addition, STDs occur only after sexual debut, which implies that the decision of whether to circumcise can be postponed to an age when boys are old enough to decide for themselves.

From a public health perspective, what seems to be the AAP technical report’s most important argument is that circumcision may reduce the burden of heterosexually transmitted HIV infections in the United States.2 Three RCTs in Kenya, Uganda, and South Africa suggest that circumcision in adulthood may lead to a noticeable reduction in risk of heterosexual HIV acquisition in areas with extremely high HIV prevalence.7–9 Specifically, the African RCTs seemed to show that adult male circumcision halves heterosexual men’s (but not women’s) risk of HIV infection in the first few years after the operation from 2.49% to 1.18% in high-endemic areas where viral transmission occurs mainly through heterosexual intercourse. This evidence, however, is contradicted by other studies, which show no relationship between HIV infection rates and circumcision status.10

However, there is no evidence that circumcision, whether in infancy, childhood, or adulthood, is effective in preventing heterosexual transmission in countries where HIV prevalence is much lower and routes of transmission are different, such as Europe and the United States. Sexually transmitted HIV infections in the West occur predominantly among men who have sex with men, and there is no evidence that circumcision offers any protection against HIV acquisition in this group.11,12

The African findings are also not in line with the fact that the United States combines a high prevalence of STDs and HIV infections with a high percentage of routine circumcisions. The situation in most European countries is precisely the reverse: low circumcision rates combined with low HIV and STD rates. Therefore, other factors seem to play a more important role in the spread of HIV than circumcision status. This finding also suggests that there are alternative, less intrusive, and more effective ways of preventing HIV than circumcision, such as consistent use of condoms, safe-sex programs, easy access to antiretroviral drugs, and clean needle programs.

As with traditional STDs, sexual transmission of HIV occurs only in sexually active individuals. Consequently, from an HIV prevention perspective, if at all effective in a Western context, circumcision can wait until boys are old enough to engage in sexual relationships. Boys can decide for themselves, therefore, whether they want to get circumcised to obtain, at best, partial protection against HIV or rather remain genitally intact and adopt safe-sex practices that are far more effective.

As with the other possible benefits, circumcision for HIV protection in Western countries fails to meet the criteria for preventive medicine: there is no strong evidence for effectiveness and other, more effective, and less intrusive means are available. There is also no compelling reason why the procedure should be performed long before sexual debut; sexually transmitted HIV infection is not a relevant threat to children.

As mentioned in the AAP report,2 the precise risk and extent of complications of circumcision are unknown. It is clear, however, that infections, hemorrhages, meatal strictures, and other problems do occur. Incidental deaths and (partial) amputations of the penis have also been reported, but exact figures are not available. Although some studies suggest that circumcision can lead to psychological, pain-related, and sexual problems later in life,13–15 population-based prospective studies of long-term psychological, sexual, and urological effects of circumcision are lacking.

It seems that the authors of the AAP report consider the foreskin to be a part of the male body that has no meaningful function in sexuality. However, the foreskin is a richly innervated structure that protects the glans and plays an important role in the mechanical function of the penis during sexual acts.16–20 Recent studies, several of which were not included in the AAP report (although they were published within the inclusion period of 1995–2010), suggest that circumcision desensitizes the penis21,22 and may lead to sexual problems in circumcised men and their partners.23–29 In light of these uncertainties, physicians should heed the precautionary principle and not recommend circumcision for preventive reasons.