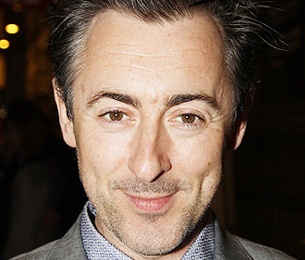 May the foreskin be with you!

Here is a piece that the Wall Street Journal commissioned me to write about circumcision. Sadly they eventually felt it was ‘too raw’ for their readers – a rather unfortunate phrase considering the subject matter don’t you think?!! Anyway, here it is for you to peruse. Please feel free to blast it into the blogosphere….

No man will deny that it feels pretty great to have someone gasp at your penis.

Well, that’s what happened to me when I first moved to America and started to show people the contents of my underpants.  But their gasping was not due to my gargantuan girth, (though no complaints so far, thank you very much!) but more to the fact that I, unlike the vast majority of American males, have not been genitally mutilated. I have a foreskin. I am intact.

The gasping was due to the fact that most people had never seen a real, unadulterated, uncircumcised penis before, and some of the people who were seeing mine had, to be frank, been round the block a few times so their reaction was all the more surprising and on refection, upsetting.

For not only did they have no idea of what a foreskin looked like, they also had no idea how to deal with it when we got down to business. I had to give quite a few seminars on how it worked. Can you imagine being in your thirties and suddenly having to explain to lovers how your genitals functioned, or having them gush that they’d never seen one like yours before, or, worse, recoil in disdain and say ‘what do you even do with that?’

It made me feel that I was the weird one, I was deformed, I was not normal, when of course it was they who had had a piece of the most sensitive part of their bodies removed. I was the intact one. I was complete, I told myself. They were the ones who were lacking, literally, and who needed to be counseled and awakened to these facts.

We have a foreskin for a reason.  Mine protects the most sensitive part of my body.  Of course when I say this in the now many conversations I have had on this topic, there is always some guy who scoffs and says he couldn’t possibly be any more sensitive down there, if he were it might be some sort of problem. To him, and to you now, dear reader, I offer this little parable:

Say I am having a shower and as I am toweling myself off my foreskin gets pulled back, revealing the head of my penis.  When I begin to dress, if the head is still out and it touches the fabric of my underwear, it is so uncomfortable and sensitive that I have to pull my foreskin back down immediately before I can finish dressing. That’s how sensitive it is. And that’s also how much sensitivity you lose when you are circumcised.

Of course no man wants to hear that he is missing out on sexual pleasure by something that happened when he was a few days old and is therefore irreversible as well as impossible for him to even conceive of the difference.  That’s why I think a lot of men who are circumcised are initially defensive and protective of the procedure, and see any opposition to it by people like me as hysterical and cranky.  I get it. Maybe I would be like that too if I wasn’t intact, and if I spent most of my life never encountering anyone who was.

But this defensiveness can turn rather aggressive when a discussion, um, extends into anything more than a passing comment and I am always amazed by people’s reasoning for why this really distressing thing was done to them and in turn why they intend to continue the tradition on their own male offspring. We are all so rightly horrified by the genital mutilation of girls in some parts of the world, I say, why don’t we have the same abhorrence about it happening to little boys here?

The phrase ‘Religious reasons’ will be quoted though most are vague on what these actually are when pressed. Occasionally the ‘covenant with God’ angle will rear its head, though when I say that we have stopped most of the other barbaric practices described in the Bible so why are we so keen to continue this one, nobody really wants to listen.  Then, prospective fathers who are defending future circumcision on their boys will say things like ‘He’ll be teased in the locker rooms’. Why? For having all his body parts intact? Or, my personal favorite: ‘I want him to look like me!’ Is this a part of American culture I have not been enlightened about yet? Do you all go home at Thanksgiving and get your wangs out in front of your fathers and compare notes? I mean, really.

So I have decided to get together a book, a sort of circumcision 101. In it you will find everything you ever wanted to know (and some stuff I daresay you didn’t) about circumcision.  Why it’s done, how it’s done, the religious reasons, the social reasons, the myths, the facts, testimonials from those who’ve had it done, those who haven’t and also, how it can go wrong, horribly, horribly wrong.  It’s the perfect read for anyone with a penis and those who love them, which covers the whole population of the planet so fingers crossed that this will be a cash cow for Intact America and Norm-UK, two organizations I am affiliated with and who are doing sterling work in educating and advising on this matter, and who, like me, really want above all to make parents question if they really want their infant son to be subjected to such a traumatic, irreversible and potentially dangerous medical procedure.  Let’s get the conversation started, I say.

I have been trying to do that for years, ever since that first gasp as I dropped my drawers.  Once, when I was working on Broadway in Cabaret, the girl who did my make-up confessed she had never seen an uncircumcised penis.   I thought this was shocking and decided tonight was the night.  She was understandably a little freaked out, but we had known each other for over a year and she painted a swastika on my right butt cheek nearly every night of that year so we were pretty close.  And as I said, I was doing her a favour.  Knowledge is power and all that.

‘Oh, I see’, she exclaimed, bounding towards me, all nerves gone, now caught up in a physiological field trip. ‘It’s not at all how I thought it would be!’

‘What did you think it would be like?’ I asked, feeling slightly objectified but also in the same moment acknowledging I had totally invited it.

‘Well’, she said, her eyes still fixed on my pudendum. ‘I thought it would be more like a flip-top bin!’

‘What, like you’d stand on my foot and my foreskin would pull back?’ I guffawed.

‘Something like that!’ she shrieked, and soon the two of us were bent double with the silliness of it all.

At that moment, a vision was hatched.  I chose to accept a mission to lift the lid as it were, to educate and enlighten what a penis is supposed to look like, without having to actually get mine out every time to do so!